YMCA Norfolk staff took part in plank-racing, created heraldic shields and were honoured for their work and long-service at the annual Staff Awards Day, held at the King’s Centre in Norwich on March 30.

Scores of staff and volunteers from right across Norfolk enjoyed a day of team challenges and presentations before seeing colleagues honoured during the annual awards ceremony.

The team from Throckmorton Yard and Barnard’s Yard in Norwich were named as Team of the Year for their professional attitude, embracing change and delivering great results.

Tony Gray was named Staff Member of the Year for his positive can-do attitude, willingness to thrown himself into anything and his care and respect for those he supports.

Marcus Tutt from King’s Church told staff that we often find real meaning in life by laying down our own lives and serving the needs of other people – as Jesus demonstrated.

David Elverson, from Deep, reported back on an Employee Engagement Survey saying: “Engagement has increased and is higher than the average for all respondent companies and 4% higher than for other charities measured.”

YMCA Norfolk CEO, Tim Sweeting, told his staff that they were aiming to transform young lives and it is their Christian ethos which makes them unique.

“In all our work with young people in housing, schools and youth clubs and with families we are in prevention work to set them on a path for a different future – to make sure that they get the best start in life,” he said.

“We know that demand for our services is increasing. We can see that there is a perfect storm around the most vulnerable people in our society, squeezing them from every angle. But we are not going to run out on them. We will be there for the long-term to make sure that they get the services that they need,” said Tim.

Against a background of funding fragmentation and decreases, he said: “We are in a transition period but funding changes do not define us. The YMCA might look different in the future but we have been here since 1856 and we will still be here in another 160 years – the changes come and the changes go but the YMCA remains. We take a long-term view of things, not a quick fix.”

See a picture gallery of the Staff Awards Day below. 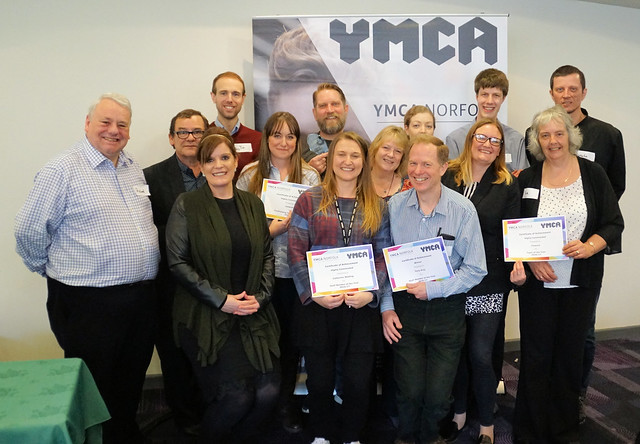