Over 50 people slept under the stars in cardboard shelters last night (March3/4) at Easton near Norwich to raise awareness of the problem of youth homelessness and the vital work of YMCA Norfolk to combat it.

Supporters, staff and YMCA residents gathered at Diocesan House in Easton to take part in the annual event, this year joining together with 15 other YMCAs across the country. They hope to raise around £10,000.

Participants built their own cardboard shelters, enjoyed team-building games and heard from YMCA Norfolk staff about their work and from residents about their own real life experiences.

Mortgage advisor Sophie Savvides led a team from Nat West in Norwich. She said: “My day job is to help people buy their dream home and it is important to acknowledge that some people don’t have a home at all or the opportunity to have any sort of shelter over their heads.”

Her colleague, Ruth Matthews, spoke about the help YMCA Norfolk had given her own son Gregory: “When things weren’t working out for him with us at home he moved to the YMCA and with their help managed to pull his life around. He got some exams which he never got at school, he got the discipline he needed and he took every opportunity they offered him.

“Since that time he has met the love of his life, he has a little girl and they both work full-time for ITV and have bought a house together in Manchester. He is on his way, whereas at one point he was distraught, he just did not know where his life was going or how he was going to get there.”

There was also a team from Early Help North, East and Broadland, including Michael Mills, who said: “In our work we see youth homelessness and the difference that organisations such as YMCA Norfolk can make day in and day out giving that support.

“This event is a great challenge. When I did it last year, it was so cold and I got home and had a hot shower. I just don’t know how people do it night after night – they don’t have a choice. I am safe and they are not – they could get beaten up or have their stuff stolen. It is that feeling of having no hope, of what am I going to do, no-one cares or loves me – it is really heart-breaking. Doing something like this raises funds and hopefully makes a difference for some young people.

YMCA Norfolk CEO, Tim Sweeting, said: “We had a really great group of people who were not happy just hearing about youth homelessness but wanted to come along and do something about it.

“They will go away with a much better understanding of the issue of youth homelessness, hearing from us and from young people and their real-life experiences. They will also hear that there is not always much of a gap between those of us who think we have a lot and people who don’t and are suddenly in need other people’s help.”

Pictured above are participants at the YMCA Norfolk Sleep Easy at Easton near Norwich. Full picture gallery below. Pictures by Julia Holland 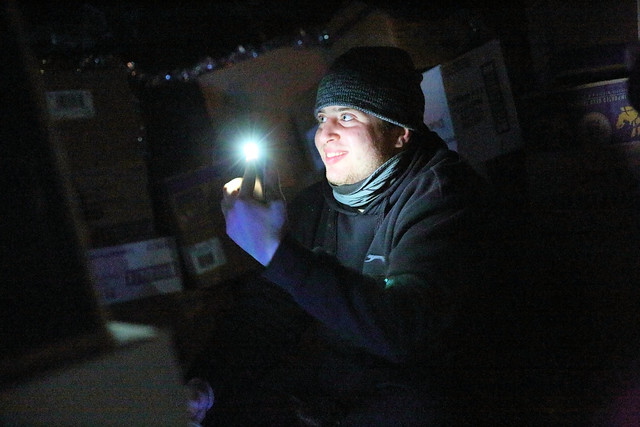