YMCA Norfolk celebrated its 160th anniversary with 160 people attending an Anniversary Ball at Sprowston Manor Hotel near Norwich on Friday night (September 9) raising over £14,000 to support its vital work with vulnerable young people.

The Ball was hosted by YMCA Norfolk President General the Lord Dannatt, who spoke about the YMCA’s Christian identity and its long history in Norfolk and the need to ensure it is still around in another 160 years’ time. He also thanked the evening’s main sponsors Gleave and Associates for their generosity. Other sponsors were Trinity Wealth Management, Lovell, Hollinger Print and Survival Systems International (UK) Ltd.

During the three-course meal, guests also heard, first-hand, the real-life stories of four young people whom YMCA Norfolk has helped to give a brighter future.

Luke Millman, Aimee Moore, Jason Middleton and Chelsea Hishon spoke from the heart about how YMCA Norfolk had helped them to face up to issues of homelessness, drug addiction and mental health.

Chelsea told guests: “The YMCA literally stopped me from attempting to kill myself again, as now I have discovered who I am and what I want to do in life. But I really couldn’t have done it without the YMCA as I completely lost my way.”

Luke said: “Without any of you I would be dead or mentally too far gone to be helped, but because of you guys I have a second chance for a good life and every day I’ll remember and thank you.”

YMCA Norfolk chief executive, Tim Sweeting, said: “The reason we do what we do is because we believe in the potential of every young person. We recognise that every young person doesn’t always have a great start in life but it is our privilege and responsibility to help them towards a brighter future.

“By supporting tonight you are helping to support the 243 young people we give a safe home to every night across Norfolk, 365 days a year.”

Tim also said that an exhibition exploring YMCA Norfolk’s 160-year history was currently on display at the Museum of Norwich at the Bridewell until October 17.

The evening was rounded off with a silent auction and raffle in which two lucky guests successfully bid for a tour of the House of Lords, including lunch with Lord Dannatt, and an opportunity to observe a sitting in the House of Lords.

Other prizes included an overnight stay at Sprowston Manor Hotel, a signed Norwich City shirt and flights from Norwich Airport to Malaga or Alicante courtesy of Norwich Airport and Flybe.

Pictured above is Lord Dannatt (left), Kristian Gleave from Gleave & Associates and Tim Sweeting at the ball.

For a full picture gallery by Julia Holland, click below. 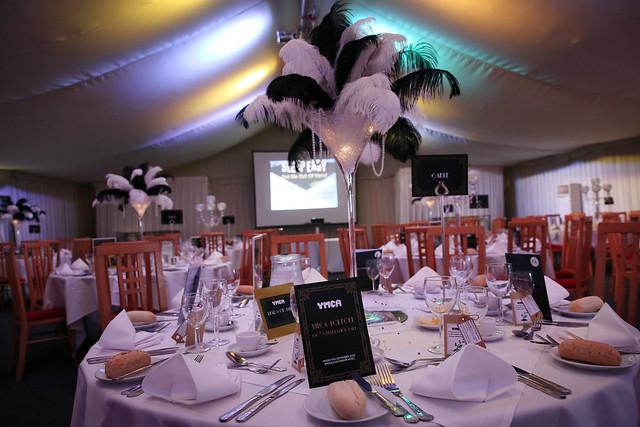